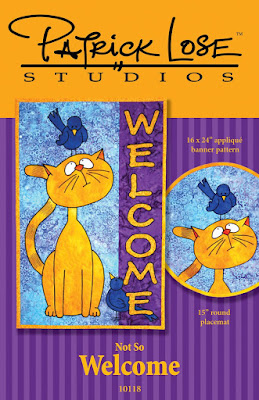 I got an email from my friend, Jerona, this morning that said just this:

I just want to put you in a bottle and drink you for some energy! Keep up the great work:)!

I think she meant that she was surprised to get word that my new book has been released. Well, Jerona, you wouldn't want a bottle of me right now! I am bushed...plain and simple.

But it's a "good" bushed. Not only do I have a new book that's just been released but also 3 new patterns going out this week, a club that has taken off in quilt shops, and not one but TWO fabric collections hitting the market. It's a great feeling because of the amount of work I've gotten done but also because of the response I've been getting to it all. It is so rewarding to have the wonderful feedback I've been getting. It matters to me that I'm doing something that others appreciate.

So I'm going to hit the hay right now (and I may stay there awhile) but I wanted to let you all know that you can get your hands on any of the stuff I mentioned above by going here. I hope you enjoy it as much as I've enjoyed creating it for you!

There's a lot more where this all came from...coming soon!

Posted by Patrick and Team at 9:06 PM