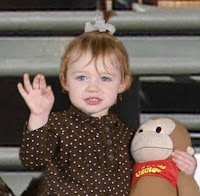 This is the part where I tell you way more about me than you probably care to know. I used to be afraid that a few of the things I’m going to reveal here could be used against me but, you know what? I’ve found that I don’t have time to care about things like that anymore (Read: I don’t give a rat’s ass.)

My Christmas tree is still standing. Not quite as majestically but, yes, it’s still looming in the corner of my family room where, because of the two large windows, most of the natural light used to come into the room where I spend most of my “off” time. So, even though it’s been a beautiful and sunny 80 degrees this week, I’ve had the kind of cabin fever I used to get when I was living on the cold, gray, frozen tundra that Iowa’s beautiful plains become at this time of year.

Excuses are useless at this point although the tree has stood much longer in other years that, shamefully, come to mind. Those are back in the days when I used to take a long break after Christmas and go home or vacation elsewhere. This year it’s just work responsibilities (and a strengthening ability to ignore its piney presence) that’s kept me from getting it done.

That’s not even the worst of it. There are nearly five hundred things hanging on that tree. I’ve always loved my collection of ornaments and all of the memories that come to mind every year as we hang them. I love the compliments I get each year on how beautiful the tree is from people who haven’t seen it before. But have you ever had to dust five hundred Christmas ornaments as they came off the tree before you could pack them away? Or roll up and pack twenty five strings of a hundred lights?

That’s what I have to force myself to do this weekend. If there weren’t so many truly cherished ornaments on it, I would bag the whole thing up, as-is, and stand it in a corner of my garage until it was time to take it out again next year at Thanksgiving, so it could offer its usual three weeks of comfort and joy and another three (or so) of anxiety and dread of having to pack it up again.

Okay…so that’s just part of what I’m so excited about today (Read: depressed) Yesterday I finally did something that I’ve nearly done more times than I care to say. I accidently threw something in the garbage that definitely wasn’t garbage. Then, proud of myself for even remembering that it was pick-up day, I carted the can out to the curb and went about my business as they came and took away my trash… and my cell phone.

Lily and I were out for the day and, when we got home, there was the usual ritual of extracting her from the vehicle along with whatever plush plaything she was toting and anything else I needed to carry into the house from the garage. I had my phone (which, by the way, was also the only personal “phone book” I owned) in one hand and Lily and her traveling companion, Curious George, in the other when I noticed a bunch of junk on the seat of the car that needed to be thrown in the trash bin since it was, after all, right next to the car and trash day.

Proud of the fact that, with one free hand (except, of course, for my phone) and the other arm full of 23 pounds of adorably rambunctious baby and her monkey sidekick, I managed to scoop up the paper napkins and straw wrappers, the remains of her sister’s healthful snacks, and lift the lid of the trash bin to discard the junk…and my cell phone.

Only, this one time, unlike so many others, I didn’t realize that I had thrown something in the garbage that didn’t belong there.

I’m not even going to get into how many times, before realizing where it was, I called that phone number from my home phone in order to locate it from its ringing. Or how many times I tore my Mountaineer apart thinking it had fallen into or between the various nooks and crannies. And, as much as I’d love to get into the details of my four phone calls to Sprint last night (spanning more than two hours and leaving me completely exhausted) I’m afraid my attorney has cautioned that I shouldn’t…even though I now have to go BUY a new phone today despite the fact that I’ve paid them seven dollars every month for insurance on my phone that covers, yes indeed, even acts of adult Attention Deficit Disorder. (In their defense, they would have replaced my phone with one of those highly-sought-after “reconditioned handsets of a similar style” you’ve, no doubt, heard tell of.)

So, my little blog has become more of a rant. You come here looking for inspiring and creative ideas and leave more than a little worried about my state of mind. Thanks for letting me vent.

My only consolation today is that the grandgirls are spending the night tonight…yay! Lily will be cute but completely useless. Lauryn, on the other hand, will be pretty and knows how to use a dust cloth.